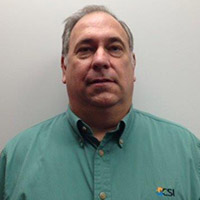 This tidbit is a refresher on looking at Cisco Firepower Intrusion Event logs and daily reports. Specifically, I wanted to review for all of you again the meaning of two key columns, the Impact and Inline Result columns

The Firepower Impact scale is designed to help the recipient understand where to focus scarce resources first. Think of them as priorities and work on understanding and resolving them in that order.

This level of event deserves first priority for investigation, and if appropriate remediation. At a minimum you want to have a complete understanding of what triggered this event and if there are any actions you need to take today to prevent new or continuing compromise

There is generally no action to take with this level of event. The IPS has done its job in sniffing out and terminating the traffic, but in this case the host was determined to not be vulnerable to the specific exploit attempted

Most of the action we see on this type of event is because of sub-bullet #3. We see most of these type events with source hosts that are inside the protected network, with most of the events being logged being blocked outbound DNS requests. We generally just ignore them as the systems have done their job preventing the unwanted DNS lookup, but if you saw other types of internally sourced Impact 3 events, again you want to make sure you understand what they are to make sure they are benign.

There are a couple other possible event Impact levels that we rarely see on our daily event reviews:

I can’t remember the last time I saw an Impact 4, generally these will clear up on their own as the system learns the internal hosts. Persistent Impact 0 events need to be investigated as it could be an indication of some misconfiguration someplace on your network.

For Firepower event Inline Results, we have a few options that you will see for each event in the log or report:

As always feel free to contact our office for help with understanding anything you see in your Firepower IPS Intrusion Event logs or your Daily IPS reports.